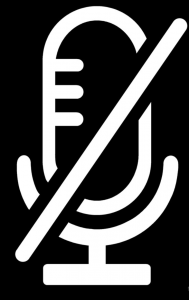 Since the pandemic shut us down in March of 2020, videoconference board meetings have become the norm. Zoom seems to be the most popular (and the platform we at SwedelsonGottlieb utilize for meetings with boards and their management). When the pandemic is over, many are hoping that videoconference meetings remain the norm. They are just easier for so many reasons. Too bad it took a pandemic to get us to use videoconferencing.

Currently the Act allows for meetings via teleconference. Board members can attend by telephone as long as all absent directors can hear each other along with any owners who want to attend the meeting. Additionally, the Act requires that the board identify a physical location where members can attend, hear the meeting, and address the board. At least one director or a board-designated person must be present at that location. (Cal. Civil Code §4090(b)).

The legislature will need to act to update the law to include meetings held via videoconference (it already has for city councils, county boards, and other local government bodies that are bound to comply with the Brown Act). Because videoconferencing is so easy and so much more productive than a mere telephone conference, most community association attorneys (including SwedelsonGottlieb) are telling their clients that despite not being expressly permitted by the Act, what judge would determine that an association violated the Act by using current technology that produces a better result and provided better access to the meeting.

One of the features of videoconference meetings is the ability to mute those attending the meeting. Why would a board want to mute an owner who is attending the meeting you ask? The answer is simple: there are some owners who are rude and inconsiderate and if they have an issue with their board or association, they may attempt to derail the meeting by interrupting and talking over the members of the board.

Remember that in California, a board meeting is just that, a meeting for the board to conduct business. It is not an owner’s meeting. And while owners are by law afforded an opportunity to speak to the Board during the meeting, usually during the open forum, owners should not speak or interrupt the board while it is conducting its business. But they do.

Some boards, facing disruption, interruption, rude and inconsiderate owners have been reluctant to utilize the mute feature. That makes no sense to me because that means that the board is having difficulty conducting its business. If the meeting is being conducted via a videoconference platform that allows the board that is hosting the meeting to mute those that cannot behave themselves, the board should not hesitate to mute an owner who is disrupting the meeting.

I was thinking about this issue while reading articles about the October 22nd presidential debate between President Trump and Vice-President Biden. Their first debate was an absolute train wreck with the candidates, primarily President Trump, interrupting and talking over each-other. The Commission on Presidential Debates has decided that each of the candidates will be muted during certain portions of the 10/22 debate, to allow the other candidate to have two minutes of uninterrupted time to speak on whatever issue is then being addressed. If the President and former VP can be muted, so can your owners— if warranted.

But the mute feature should be used sparingly and not abused. Owners should be allowed an opportunity to speak to the board during the Open Forum portion of the meeting. And if the meeting starts without all of the owners being muted, the disruptive homeowner should receive a warning that they will be muted if they do not stop interrupting before that actually happens.

Boards are made up of volunteers who have limited time to give their associations. If an owner is being disruptive and not allowing the board to conduct its business, then just like the candidates running for president, that owner should be muted.

David Swedelson has specialized in representing California community associations for more than 30 years. David can be contacted via phone: 800/372-2207 ext 201 or via email: dcs@sghoalaw.com