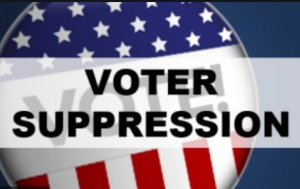 Consider, for example, the fact that many associations’ governing documents allowed for the suspension of member’s ability to vote in an election if they are in violation of the governing documents or delinquent in the payment of assessments. SB 323 required that associations provide ballots to all members, even those who could have previously been deemed ineligible to vote. Corporations Code 7341 allows corporations to suspend a member’s voting rights. SB 323 eliminates this as an option for community associations because the legislature apparently felt that it prevented some owners from being able to run for the board for reasons that were not approrpiate.

And SB 323 also dealt with what the legislature felt was candidate suppression. It changed the Civil Code to prohibit Associations from adopting some qualifications on who can run or serve on the board. While SB 323 allows for the disqualification of board nominations from non-members (some older community association’s Governing Documents do not require that directors also be members), it does not allow for association’s to prohibit members who are delinquent in their assessments to run for the board so long as they have requested and agreed to an approved association payment plan or have paid their assessments under protest, or have yet to have the opportunity to participate in IDR. Some associations amended their bylaws to disqualify any member that is suing their association from serving on the board; now that and other types of disqualification are no longer be enforceable under this new law.

And to deal with what the California legislature felt was ballot or voter suppression, SB 323’s changes the law on elections to prohibit association managers and others “under contract” with the association from acting as the inspector of election. Apparently, the legislature does not trust managers to accurately count the ballots and believes that they may be inclined to reject ballots that do not support the board that hired the manager.

So, did your California community association adopt new Election Rules that comply with SB 323? If not, you need to talk to your association’s legal counsel.

David Swedelson is a senior partner at SwedelsonGottlieb and oversees the firm’s litigation team. David can be contacted via email at dcs@sghoalaw.com.