The United States Equal Employment Opportunity Commission (“EEOC”) recently created a new webpage with helpful practical information to guide employers and employees about employment discrimination based on sexual orientation and gender identity. This new webpage provides additional clarity about sexual orientation and gender identity protections based on the 2020 Supreme Court decision in Bostock v. Clayton County (decided on Jun. 15, 2020). In Bostock, the Supreme Court held that those firing individuals because of their sexual orientation or transgender status violated Title VII’s prohibition on discrimination because of sex. Title VII is part of the Civil Rights Act of 1964, a national law that prohibits employment discrimination based on protected classes of people such as race, color, religion, sex, and national origin.

The new webpage is intended to function as one comprehensive resource to educate employees, applicants, and employers about the rights of all employees, including lesbian, gay, bisexual, and transgender workers, to be free from sexual orientation and gender identity discrimination in employment. In addition, the new webpage includes information on related topics of harassment and retaliation. Although Title VII and Bostock only apply to employers with 15 or more total employees and does not generally apply to independent contractors, associations with any employees can still learn best practices from these new EEOC resources to prevent discrimination (and liability) in the workplace.

We share below some important reminders and takeaways from the recently published resources:

END_OF_DOCUMENT_TOKEN_TO_BE_REPLACED 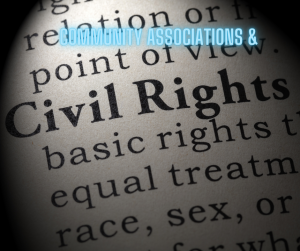 This April marks the 53rd anniversary of the Civil Rights Act of 1968 (also known as the Fair Housing Act), which “prohibited discrimination concerning the sale, rental, and financing of housing based on race, religion, national origin, [and] sex” written by Senator Edward Brooke, the first African American popularly elected to the U.S. Senate.

If you missed SwedelsonGottlieb’s webinar on Civil Rights & Fair Housing in Community Associations, you can catch it here: www.LawForHOAs.com under the “hot topics” videos tab or listen to it on the HOA Show. We discuss the history, current events and the seemingly never-ending challenges that we still face today.

END_OF_DOCUMENT_TOKEN_TO_BE_REPLACED 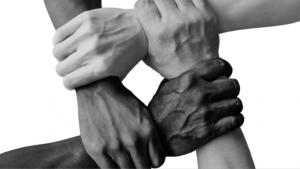 Sandra L. Gottlieb, Esq., CCAL and Joan Lewis-Heard, Esq. were featured guests on The HOA Show podcast hosted by Ryan Gesell, CIRMS, CMCA of Cline Insurance Agency. In the episode, they talk about the Civil Rights Movement, the history of the Fair Housing Act and other discrimination thwarting legislation, and the impact on community associations. We hope that you will find inspiration from Civil Rights Activists who fought against segregation and championed Fair Housing, learn what is required when discrimination occurs, and discover the best practices to put in place. Let’s start the conversation of how we can work together as an industry to combat racism in community associations. Listen to the podcast here: https://www.hoashow.org/episode-the-civil-rights-movement-and-its-impact-on-community-associations/

Title VIII of the Civil Rights of 1968, also known as the Fair Housing Act (“FHA”), is a federal law which prohibits discrimination in housing and housing-related services due to race, color, religion, sex, national origin, disability, and familial status. Because the FHA applies to entities that set terms and conditions for housing and provide services and facilities in connection with housing, it applies to HOAs and other community associations. By now, most HOAs across the country are already aware (or should be aware) that, in 2016, the U.S. Department of Housing and Urban Development (“HUD”) amended its federal housing regulations to firmly establish association liability for discriminatory conduct by its Board, directors, employees, and even by residents. Particularly concerning to HOAs are the new regulations regarding discriminatory harassment and third-party liability, which may also be the most difficult sections to understand for Board members and management.

Suppose that Happy Acres HOA’s on-site manager Mark has openly expressed his fondness for homeowner Helga by whistling and making cat-calls at her when she passes his office on her way to the gym. He has asked her out on dates several times, even after she declined and explained that she was married with three kids. One day, when Helga emailed Mark to request guest passes for her son’s birthday party, he responded by saying, “come see me in my office in your gym clothes and we’ll see what we can ‘work out.’”

END_OF_DOCUMENT_TOKEN_TO_BE_REPLACED 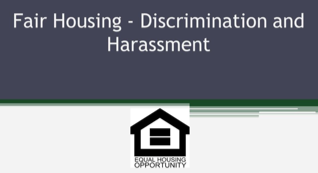 This update to the Fair Housing Act clarifies that an association is directly liable for failing to take prompt action to end any third party’s discriminatory housing practice if the association knew or should have know about it and had the power to correct it. A commentator for the U.S. Department of Housing and Urban Development stated, “a community association generally has the power to respond to third-party harassment by imposing conditions authorized by the association’s CC&Rs or by other legal authority […].”* Accordingly, an association must take some action to address any alleged discrimination by residents or other people within its authority.

END_OF_DOCUMENT_TOKEN_TO_BE_REPLACED 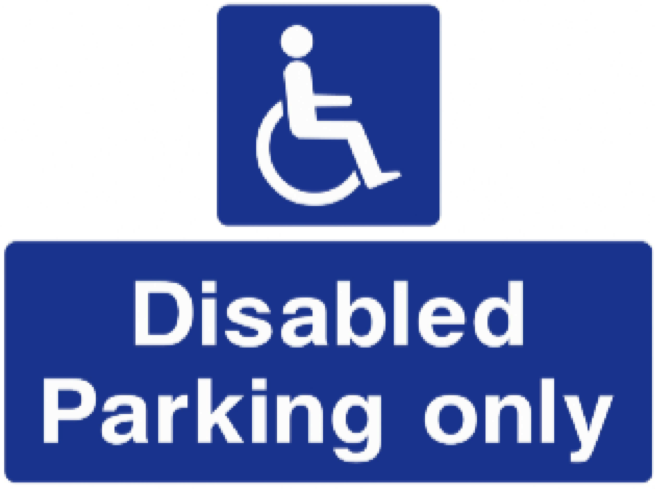 Some association clients tell us that their disabled parking spaces were never being used and that the association has a shortage of guest parking spaces. While that may be true, it is also true that associations must comply with the Fair Housing Amendments Act (FHAA, 1988). Not only does compliance make living in the community easier for members with disabilities, but it also helps the association avoid a time-consuming and costly lawsuit, because not all carriers provide coverage for fair housing violation claims arising out of an owner’s or tenant’s claim that the board and association have not reasonably accommodated their needs. Parking is one of the claims we often see when it comes to reasonable requests for accommodation by owners and/or their tenants.
END_OF_DOCUMENT_TOKEN_TO_BE_REPLACED 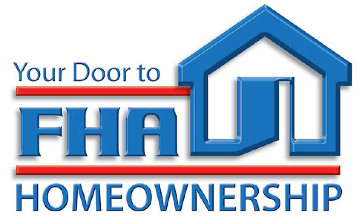 We are often asked if a condo or homeowners association is required to obtain FHA certification. And unless the CC&Rs make such a requirement (most do not), we generally respond with a resounding “NO!” But what has not been considered, at least until now, is whether a community association is required to even consider the matter. The answer is maybe.

Some may be asking what the heck “FHA certification” means. In 2010, the Federal Housing Association (FHA) stopped giving spot loan approval and has been requiring that condominium developments themselves become approved if the FHA is to provide mortgage insurance within the development. The FHA, a government-owned loan/mortgage insurer, does not loan money; it insures loans made for buyers who cannot afford a conventional down payment. FHA insured loans now account for more than half of all new home loans. With an FHA insured loan, buyers can purchase a condo unit with a lower down payment (3.5% of the purchase price vs. 20% for conventional loans), lower closing costs, easier credit qualifying, with loans up to $625,500 (depending on the county where the unit is located). So FHA insured loans appeal to lower income buyers.
END_OF_DOCUMENT_TOKEN_TO_BE_REPLACED

As we reported in November of 2011, California anti-discrimination law now recognizes a new definition of gender that includes gender identity and transvestitism. Recently, this became an issue for one condominium association we represent, and it could be an issue for others if they are not careful.

Here are the facts (which I have modified to protect the privacy of those involved). One of our condo association clients has a longtime owner that had been active in his community. His name was Frank. Over time, the association’s board and management noticed that Frank was changing; he grew his hair long, his voice became higher and he started to wear women’s clothing and makeup. And he asked the board, management and his neighbors to start calling him Francine, telling them that he had always felt more like a woman and was changing his gender.
END_OF_DOCUMENT_TOKEN_TO_BE_REPLACED