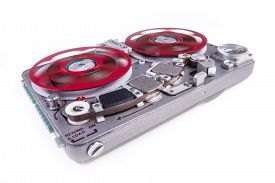 A regular question posed by the board members of our community association clients is, “Can or should Board meetings and/or meetings of members be recorded by audiotape or videotape?” While some members may advocate taping meetings in order to promote transparency, taping of association Board meetings and meetings of members is illegal, unless each and every attendee, including the Board members, approves of the recording, in advance. Regardless, it is our opinion that the Board should not allow taping of any association meetings.

California Penal Code, Section 632, states that it is a crime to record a conversation that would be expected to be confined to the parties present without the consent of those present. This statute makes exceptions to public gatherings that one would expect to be overheard, including any legislative, judicial or executive proceedings open to the public. But homeowners associations, unlike many other quasi-governmental agencies, are not required to have meetings open to the public. In fact, meetings are generally open only to members of the association. Thus, the statute supports the argument that there is an expectation of privacy among those in attendance at those meetings. Although minutes of meetings are to be made available, upon request, to homeowners within thirty (30) days after a meeting of the Board, thereby leading some to believe that the discussions are also intended to be made available to those attending the meeting, that is not the case. Minutes are only supposed to include brief descriptions of items of business, motions and resolutions, not discussion. Therefore, a recording of any meeting would include discussions, as well as back and forth banter and comments, not just resolutions. Further, free speech is inhibited if people know that their every word would be on the record. If a member insists on recording after being told to stop such recording so that the Board can conduct the business of the association, the Board should adjourn the meeting.

Although not a requirement and not always necessary, if a Board wants to affirmatively prohibit recordings at Board and/or member meetings, the Board could, in addition to or as an alternative to adopting an internal resolution that Board meetings will not be recorded, consider adopting a rule that clearly prohibits any audiotaping or videotaping of Board meetings and member meetings. This may assist in making clear to the membership that meetings may not be recorded. Make certain that you enact any such rule in accordance with Civil Code Sections 4340-4360, which requires the proposed rule be sent to the members for a thirty (30) day comment period before the Board approves the rule.

Finally, it is worth noting that some associations may allow a manager or Board Secretary to record meetings for the sole purpose of assisting in the preparation of the Board minutes at a later time, as long as those specific association-generated recordings are destroyed upon the approval of the minutes. It is our opinion that such a process still carries a high level of risk and would not be recommended, especially now that technological advances have made almost all forms of media easily retrievable or accessible, even after deletion. Refraining from the recording of Board meetings altogether is not only consistent with the law, but it also ensures that an association’s exposure to liability is limited.