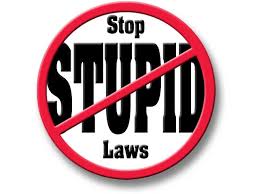 A senate bill seeking to prohibit California community associations from establishing qualifications for candidates to run for their boards of directors among other changes and requirements (including possible invasion of owner privacy) is a dumb idea that would create bad law.

On April 5th, Los Angeles Times’ Sacramento columnist George Skelton noted that the California legislature passed nearly 1,000 bills in 2017: “A few were important. Most were not. Many were frivolous, some dumb – a waste of politicians’ time and public money. . . There are many bills pending in the legislature again this year that the state could do just fine without.”

One bill I think the State could do just fine without is SB1265. And if you live in a California community association, I think you’ll agree. You should IMMEDIATELY let the legislature know that this legislation is unnecessary, and that the State could do just fine without SB1265. Let me explain how I and many others in the industry came to this conclusion.
SB1265 starts out by seeking to add a new Civil Code Section 4801 that will codify legislative intent language stating that “common interest developments function as quasi-governmental entities, paralleling in almost every way the powers, duties and responsibilities of local government.”

But as pointed out in the April 11, 2018 letter from the California Legislative Action Committee for the Community Association Institute (CAI-CLAC) to the chairman of the Senate Transportation Housing Committee, Jim Beall (follow this link to read CAI-CLAC’s letter): “While one case may have made a statement of this nature, it is not appropriate to apply it to all associations in California because, in fact, it is neither accurate nor descriptive of most associations.”

First, it intends to prohibit an Association from establishing qualifications for an individual to be a candidate for the Board. SB1265 would prohibit an association from amending or enforcing their governing documents if those documents provide requirements for service on the Board beyond being a member of the association. Many California community associations have amended their bylaws to add qualifications such as requiring that a candidate for the Board of Directors must be a resident owner, or requiring that a candidate must be in good standing (meaning that they are current in the payment of their assessments and fees). Does anyone really want a board member serving on the board if they are delinquent in the payment of their assessments or fees? I don’t think so.

This proposed legislation would also require that, upon request, an association be required to provide any owner with a list of owners/voters by their names or parcel numbers, plus the right to inspect the ballots, signed envelopes and the voter list, and to make a copy of those documents. Some believe that providing this information would invade homeowners privacy and allow the owner requesting it to commit fraud or other illegal acts utilizing the signatures, names and addresses of the listed members.

And SB1265 would change the standard of proof required in any legal action challenging the election process, requiring that the court void the results of an election unless the Association proved by clear and convincing evidence that any mistake was unintentional and did not impact the outcome of the election. This would eliminate a court’s discretion in determining how or when a mistake is made in the election process.

These are just some of the pointless changes that SB1265 seeks to make. There is no need to make these changes to the law, and no information has been provided as to why this new legislation is necessary. Please contact your legislator as soon as possible to let him/her know that you are opposed to SB1265.

David Swedelson is a senior partner at SwedelsonGottlieb, Community Association Attorneys serving common interest developments throughout California. He can be contacted via email: dcs@sghoalaw.com