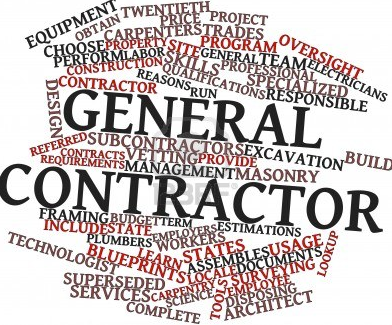 Blog Post by David Swedelson, Condo Lawyer and HOA Attorney, Partner at SwedelsonGottlieb, Community Association Attorneys
All too often, we hear from managers and board members who ask us to help interpret what the contractor was talking about when he referred to missing flashing, the damage to the fascia board and some dry rot that was found when the wall and ceiling were opened up. Or, we hear from the contractor that tells us he does not know what to inspect or fix, as all he was told was to look at the “hangy thing.” Contractors do speak their own language, much like lawyers that speak legalese. It is important to understand the terms that contractors use so that you can understand what they are talking about and are better able to communicate the problem.

Bill Butler from PrimeCo Painting and Construction compiled such a list with definitions of some of the common elements of a typical building structure. That way, when the contractor says soffit, you will know that he is talking about that “hangy part” of the building that is found frequently over patios or entries.

A.
Address – This is a very helpful bit of information to give to your contractor.

B.
Balcony Joists – Horizontal supporting members that run from wall to wall, wall to beam or beam to beam to support a ceiling, roof or floor. Typically, a beam is bigger than a joist.

Beam – A beam is a thicker piece of wood that is used to span longer distances using less supports. Beams are also known as headers because you can use a beam in a wall to create an opening such as a door or window, both have header beams.

Bollards – Usually large metal pipes, filled with concrete and installed to prevent cars from bumping into things like gas meters, posts or other structures.

Bondo – A polyester resin that when mixed with a hardener becomes a forming putty which when hardened can be sanded to any shape. It is most commonly used to patch minor holes in wood.

C.
CB Strap – This is also known as Column Base Strap. This is a metal strap which goes into a footing (a concrete base which is usually 2′ in depth and 12″ in width depending on the size of post it is supporting).

Ceiling – Refers to the interior top of a room. It is also commonly referred to as a “lid”.

Column – Also can be referred to as a post. Usually supports a structure above the ground of which it stands. Columns are structural supports which support beams or headers which may bear load to other beams or joists.

D.
Decking – Usually refers to an elevated or suspended walking surface of a building. Most decking is attached directly to the building surface, which requires a very waterproof transition. There are multiple-layer deck systems, and some are simply coated with a good paint product.

Dry Rot – Is a fungus that grows in wood and is caused by constant water and negligence in paint maintenance. Can make wood bridle to touch and make wood look as if it is wrinkled. Can spread to other pieces of wood, just like a fungus would. Can also have mushrooms in wood, constantly found where standing water is constant.

E.
Eaves – The end of the roofline which extends outward over the building structures. Most commonly, eaves are extended two feet beyond the exterior walls. For all practical purposes, eaves are just the underside of the roof.

F.
Fascia Board – A term that generally describes any horizontal surface which spans across the tops of columns or across the top of a wall. It is used to cap the ends of rafters outside a building and can be used to attach a rain gutter.

Flashing – Generally refers to a metal strip that is used at transitions between different surfaces or at gaps the building envelope to keep water from entering buildings or to direct it away from buildings.

G.
Galvanized – Is a process of dipping metal fasteners and hardware in melted zinc, giving the items stronger defenses against the weather such as rust and corrosion.

Garage Trim Stud – This is the stud next to the jamb on the garage. This stud supports the header beam which spans the opening of the garage.

H.
Hand Rails – Rails that run alongside stairs for people to hold onto for support when going up or down the stairs. They are commonly metal or wood.

Hardie Board – “Hardie” is actually brand name of a cementitious siding made to look like lap siding, shingle siding and other common exteriors. The advantage is that it is not susceptible to termites and dry rot.

J.
Jamb – The vertical portion of the door frame onto which a door is secured, including entry, garage and utility doors. Most types of fasteners and deadbolts extend into the door jamb when engaged.

Joist – Wood member that spans over a void and usually has a covering on top or underneath. Floor joists have both flooring on the top of them and drywall on the bottom in second story buildings.

Joist Hangers – Metal hardware which is used to fasten wood joist members to a ledger board or a header beam. The hanger fits underneath the joist giving it support under the joist, giving it load bearing capabilities.

L.
Ledger Board – Board which is most commonly 2x in dimension and is usually the same width as the joist members that are to be attached to it.

Lites – Refers to the window panes in doors. Doors are sometimes referred to by the number of panes in them, such as a single-light door; usually a single door frame with a large glass panel.

M.
Mansard Roof – Also called a French Roof is an angled roof at the tops of the exterior walls on four sides but does not connect at the peak.

Miter Joints – This is the butt joint which adjoins two separate pieces of wood. When pieces butt together in a corner forming a 90 degree angle a 45 degree angle is cut on each piece of wood to form the 90.

N.
Nails – Metal fasteners used to fasten wood together. Usually one end is sharp for penetrating wood, and the other end known as the head is flat for driving with a hammer. Nails can also be shot from a gun using compressed air. Nails used on the exterior of buildings should always be galvanized.

P.
Parapet Walls – A wall-like barrier at the edge of a roof, terrace, balcony or other structure. It may simply be the portion of an exterior wall that continues above the line of the roof surface.

Pop-outs – Can be a small section of a building that extend beyond other parts of the building or simply architectural stucco features, like trim around windows. Frequently, pop-outs are painted in a different color than the main body to make them stand out.

Posts – Wood members which are used to support loads above them. Posts are generally 4×4, 6×6, or 8×8. Posts are fastened to a footing by a CB Strap or column base. Posts can be set directly into a concrete footing like a fence.

Raised Panel Doors – Doors that have a raised sections that appear to be framed. They are often referred to by the number of raised panels, such as a 6-panel raised door.

Riser – the vertical face of the a stair step.

Roof Jacks/Vents – The pipes that are normally found on the roofs of buildings. They are most commonly vents for the plumbing or water heaters. Normally, they’re painted to match the color of the roof.

S.
Soffit – Refers to the material forming a ceiling from the top of an exterior wall to the outer edge of the roof, i.e. bridging the gap between the wall and the roof line. Most often, soffits are flat horizontal sections over entrances, patios, etc.

Splice – Where two boards are cut and nailed together to continue a run. Usually a splice consists of opposing 22.5 degree miter cuts which can be glued together and when done right can only be slightly noticed when looking at a run.

Stair Stringers – the sides of the stairway that the treads are attached to.

Stair Treads – the actual part of a stair that is walked on.

Studs – Vertical supports in walls which extend from the sill plate to the top plate. Most generally studs are 2×4 S4S material and generally come in lengths of 92-1/4″.

T.
T-111 – Is a common style of manufactured siding used on many residential buildings. It is available in different lumber types, some of which outperform others.

Threshold – The bottom-most part of a doorway that one crosses over to enter a building. Sometimes also called a sill.

Trex – Is a brand name for a composite that is designed to look like wood. It is often used for decks and railings but is not available in all wood sizes. Because it is a composite, it is softer than wood and requires additional support for spans.

Trim – A very general term to indicate architectural features around windows, doors or other elements of building surfaces. Trim is usually wood but foam, covered in a cement material is also a common trim.

U.
Utility Door – any door, of any size and material that is used to conceal electrical utilities and gas meters.

W.
Weather Stripping – The process of sealing openings in buildings such as doors and windows, or the materials used to carry out the sealing process. The goal to prevent water from entering buildings and to provide a barrier to keep interior (heated or cooled) air in.

Weep Screed – The metal vent that runs along the bottom of stucco walls that permits water that permeates the stucco to drip out the vent. It is usually about 6 inches above the foundation and must be kept free of landscape material or dirt.

Wrought Iron – Is actually an iron alloy with a very low carbon content. It is easily welded and frequently used for fencing or railings. It is very susceptible to rusting and must be coated well to keep water from getting to the metal surface. The term “wrought iron” is often used synonymously for any metal fencing.

Z*##@&%!.
The term most frequently used when a carpenter hits his thumb with a hammer.

David Swedelson speaks legalese when necessary and can interpret contractor terms. He has extensive experience dealing with construction issues and problems. He can be reached via email: dcs@sghoalaw.com