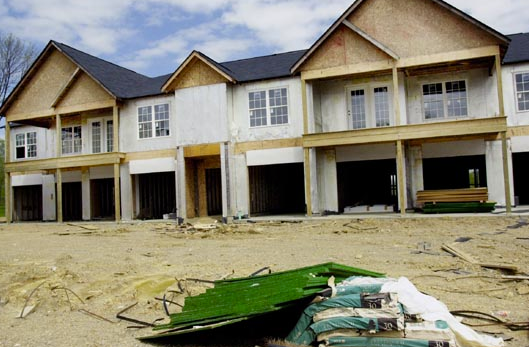 I recently read with interest an article prepared by an attorney that represents developers with the title “Residential Real Estate: Lessons From The Recession” written by attorney Nancy Scull, who represents developers. Her article commented on the fact that it was not that long ago that we were hearing new stories about “broken projects” and “fractured condominiums” which she described as the “remnants of the residential communities that fell victim to our most recent real estate recession.” It has been awhile since we heard about condominium or other homeowner association developments that were not completed and were abandoned by developers in the wake of the Great Recession. But as our economy and the real estate market continues to recover, the projects are being reevaluated, and new real estate development projects are being started. As Ms. Scull suggests, “with such positive news, it is easy to forget the problems and challenges that confronted residential developers only a few years ago. Real estate is cyclical, and the failure to learn from the residential housing economic downturn may only result in history repeating itself when the inevitable real estate ‘bubble’ bursts.”

So what should developers and the attorneys that represent them learn from the recession? Ms. Scull suggests that builders need to think about what would happen if their project is not built and sold based on the original development plan. What she is referring to here are developments purposely developed in phases, but some of the phases were not completed because of the “Great Recession.” In some cases, the anticipated additional phases to projects were not completed and may never be completed. That was due, in part, to the recorded documents, which required a specific type of project to be built. There was no flexibility for the developer to change the course of the project based on changes in the economy.

Ms. Scull suggests that developers should “entitle their projects with the flexibility to bring in other builders.” She goes on to suggest that the CC&Rs contemplate that there could be different product types, guest builders (meaning builders other than the primary developer) and delays in reaching the build-out of the community. She also indicates that the buyers of these products “need to be aware that the development plan can change or even stall for a number of years.”

What she is suggesting is that developers build into the condo or HOA association’s governing documents “greater flexibility to respond to market conditions. Anticipating a flexible exit strategy is a benefit not only to developers, but also to the residential purchasers.”

Ms. Scull also references lessons learned by the California Department of Real Estate, which is now known as the California Bureau of Real Estate (or BRE). Those lessons were learned in response to complaints made about developers, filed by buyers of failed projects, when those projects changed or development stalled. According to developer attorney Scull, “Residential homeowners sought relief from projects in common areas which they had been promised were not constructed or conveyed to the homeowners association. Bankuptcies or defaults and foreclosures of many residential developments resulted in significant shortfalls in the operating funds of many homeowners associations.”

Ms. Scull suggests that the BRE has and will be implementing procedures and requirements to avoid some of the problems that were experienced in this last recession. “Developers can expect that representatives of the BRE may visit sales offices to ensure that developers are using the same sales documentation provided to the BRE. The BRE will be looking for ways to ensure that common areas are conveyed to associations and that notices of completion had been properly filed.”

Ms. Scull goes on to opine that the greatest lesson that she believes that has been learned “focuses on flexibility before change. CC&Rs and other governing documents are like the Constitution and Bill of Rights. CC&Rs will govern and control a community for a long period of time. The CC&Rs must have the flexibility to respond to changes in development and needs of the community. Drafting these documents in a manner which allows the developer to respond to changes in development without requiring an amendment and preserving the developer’s marketing rights, when and if the marketing plan shifts or stalls, can be critical to the ability to implement a change in the development of a community.”

You may be asking yourself why I am providing this information in a blog that is geared to homeowners associations and not developers. The answer is clear. If Ms. Scull, an attorney who represents developers, is making these kinds of recommendations to builders and developers of common interest developments, then we who represent, manage or are board members at California community associations need to consider the fact that these types of changes as well as others may be implemented in the future. Board members and association management need to be aware of the fact that the CC&Rs for developments they run/manage may have governing documents that give the developer flexibility to change things from what was originally expected or anticipated. Time will tell as to whether or not developers implement Ms. Scull’s suggestions. Best to be alert to these changes so we are not surprised down the line.

David Swedelson is a community association legal expert. He can be reached via email: dcs@sghoalaw.com