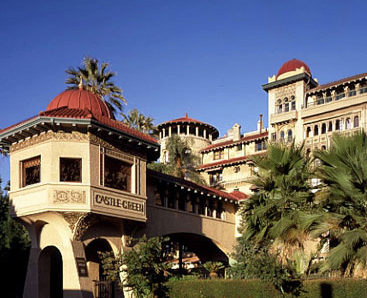 As we have previously reported, when property is sold through non-judicial foreclosure on an assessment lien, buyers (third parties or the association) take ownership subject to a 90-day right of redemption, which allows the foreclosed owner to recover the property if the owner pays the delinquency and any fees and costs (Civil Code §1367.4(c)(4); Code of Civil Proc. §729.035).

This right of redemption is unusual in that it does not apply to non-judicial foreclosure on trust deeds; it was added to the law for community associations several years ago to help owners so they do not lose their homes because they did not pay their associations’ assessments or fees. Owners rarely take advantage of this right. But that does not mean that the foreclosing association and, more specifically, the foreclosure trustee retained by the association do not need to give notice of this right. And this was confirmed in the recent Court of Appeal decision in the case of Multani v. Witkin & Neal.

On November 19, 2009, the Multanis received a courtesy copy of an unlawful detainer complaint notifying them of the sale. They filed their lawsuit against the Association, seeking to set aside the foreclosure proceedings, contending that despite having the correct address, the Association started sending notices to the wrong P.O. Box.

The trial court granted summary judgment for the Association, finding the Multanis had actual knowledge of the foreclosure, but failed to exercise their 90-day statutory right of redemption. The Court of Appeal disagreed and overturned the decision of the trial court.

The Court of Appeal made this decision based primarily on the failure of Witkin & Neal to give notice of the sale and the right of redemption. The Court held that while generally there is no postsale right of redemption in nonjudicial foreclosure proceedings, a nonjudicial foreclosure conducted by an association for delinquent assessments is subject to the right of redemption within 90 days after the sale. Under Code of Civil Procedure section 729.050, the trustee who conducts the sale must promptly serve notice of the right of redemption on the judgment debtor, which shall indicate the applicable redemption period. In this case, the Court found that the Association failed to provide any evidence that it or its trustee, Witkin & Neal, complied with this statutory requirement, and the Multanis did not receive notice from the trustee following the sale on July 23, 2009. It was on this basis that the Court of Appeal found that the trial court erred in granting the Association’s summary judgment.

Also, we disclose that several years ago we were legal counsel for the Castle Green Homeowners Association located in Pasadena. We assisted this Association in many matters, including the conversion from a beneficial trust that had been formed in or around 1930 when the Association was formed and converted to a community association from a hotel.

David Swedelson is a community association legal expert and senior and founding partner at SwedelsonGottlieb, and is a shareholder in the firm’s affiliate, Association Lien Services.