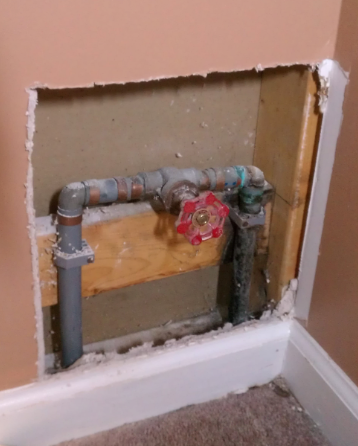 At almost all condominium associations (and this issue is more of an issue at condo associations then it is at planned development homeowner associations), it is important for the board and management (and the owners as well) to know what the association versus the owner is responsible to repair and, to an increasingly lesser extent, what is exclusive use common area and what is simply common area. Associations cannot simply decide that because the thing that broke serves only one unit, it is that unit owner who is responsible for its repair or replacement.

The Davis-Stirling Common Interest Development Act, California’s community association law, provides at Civil Code Section 1364(a) that, unless otherwise provided in the CC&Rs, the homeowners association is responsible for repairing, replacing or maintaining the common areas (other than exclusive use common areas), and the member is responsible for maintaining his or her separate interest and any exclusive use common area appurtenant to that separate interest. Most CC&Rs of California community associations follow the statutory scheme. But it is important to review the CC&Rs to see if the maintenance and repair obligations are other than as set forth in the Davis-Stirling Common Interest Development Act.

Many board members and managers read this code section and somehow conclude that because it says that the homeowners association is responsible for repairing, replacing or maintaining the common areas “other than exclusive use common areas” that this means the owner is responsible for the repair of the exclusive use common area. This is exactly what happened in Dover Village Association v. Jennison, a 2010 court of appeal decision, where a California Appellate Court addressed this question as to who (the owner or the condominium association) is responsible for repairing/replacing a leaking sewer pipe (located in the common area) that serves only one unit. I suspect that some may find the Court’s conclusion surprising, especially if you have subscribed to the proposition that an element of the common area that serves only one unit is that unit’s repair responsibility. While I found the Court’s decision in the Dover Village case to be somewhat flawed, I believe the Court did reach the correct conclusion – just because a pipe, duct or other common area component serves only one unit, that fact alone does not make it exclusive use common area. Follow this link to an article I prepared that analyzes the Court’s decision in the Dover Village case.

If, however, the CC&Rs are unclear or do not define all of the development (except for the separate interests) in terms of common area and exclusive use common area, then the Davis-Stirling Common Interest Development Act (Civil Code Section 1351(i)(1)) will control. This section of the Davis-Stirling Act states that, in the absence of any contrary language in the CC&Rs, any shutters, awnings, window boxes, doorsteps, stoops, porches, balconies, patios, exterior doors, door frames, and hardware incident thereto, screens and windows or other fixtures designed to serve a single separate interest, but located outside the boundaries of the separate interest, are exclusive use common areas allocated exclusively to that separate interest.

Be careful with defining something as being a “fixture” to make it exclusive use common area. As the Court in Dover Village explained, “interconnected sewer pipes cannot really be said to be the “fixtures” of any particular unit. A sewer system is a series of interconnected pipes which ultimately feed into one common line. Differentiating parts of that interconnected system is unreasonable. The portion of piping coming from one unit is no more affixed to that unit than it is to the sewer system and other pipes or piping within that system.” So, just because something is attached to the unit does not necessarily make it a fixture of that unit. And, what the Dover Court did not state is the fact that a waste pipe is not affixed to the unit; it is in and affixed to the common area.

Some pipes – for example, drain pipes exclusively servicing one unit and not connected to any other system of piping – might indeed come within the category, because they can be said to be, like shutters and window boxes, “designed to serve a single separate interest.” But a piece of a system of interconnected sewer piping does not fit; it is literally, physically connected to every other piece of the system. Every unit’s sewer pipes are a “fixture” of every other unit’s sewer pipes.”

David Swedelson is a community association legal expert. He represents associations and not individual owners. He can be contacted via email: dcs@sghoalaw.com