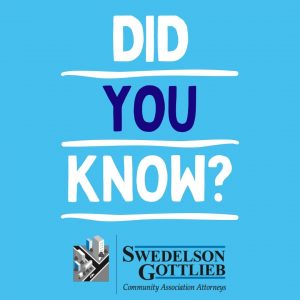 When SB 323 took effect on January 1, 2020, it greatly modified the Davis-Stirling Common Interest Development Act’s election procedures, including timelines for conducting an election. In the process, it inadvertently created a conflict in the law regarding recall elections that community associations have been struggling with ever since.

Corporations Code §§ 7510 and 7511 state that when 5% of the members of a nonprofit mutual benefit corporation submit a written petition to the board of directors to request a special meeting of the members (which is basically the process for initiating a recall election), the board is required, within 20 days after it receives the petition, to schedule the special meeting on a date that is not fewer than 35 and not more than 90 days after the date it received the petition.

However, Civil Code § 5100 states that notwithstanding any other law (including the Corporations Code), community association elections legally requiring a member vote, including election and removal of directors, must be held by secret ballot in accordance with the Davis-Stirling Act’s election procedures, and Civil Code § 5115 provides a timeline for such elections that is at least 90 days.

The board also must verify that the signatures on the petition are actually valid signatures of at least 5% of the association’s members. In addition, the association must contract for the services of an inspector of elections and confirm that the inspector will be available to attend the special meeting on a particular date.

Because of the changes that SB 323 made to election procedures, for an association to comply with boththe requirements of the Corporations Code and the Civil Code would mean that the board would have to set the date for a special meeting on the same day that it received the petition, which is basically impossible for the foregoing reasons. Therefore, a conflict existed in the law.

Recently enacted SB 432 is a “clean up” bill that is meant to address some of the questions that SB 323 left unanswered. Among several changes that the bill makes is that it revises Corporation Code § 7511 regarding meeting notices for nonprofit mutual benefit corporations in general.

Essentially, this change means is that community association boards can now schedule a special meeting on a date that is up to five months from the date it received a valid petition. This change allows boards to comply with both the Davis-Stirling Act’s election procedures, which require a timeline of at least 90 days for secret ballot elections, and the Corporations Code’s requirements, for petitions for special meetings. However, these changes to the law do not take effect until January 1, 2022, meaning that until then boards will still have to deal with the conflict that currently exists in the law.

While election procedures for community associations are still far more complicated than they were just a few years ago (many would say too complicated), this fix to the scheduling problem for recall elections means that boards will have at least one fewer headache to deal with.