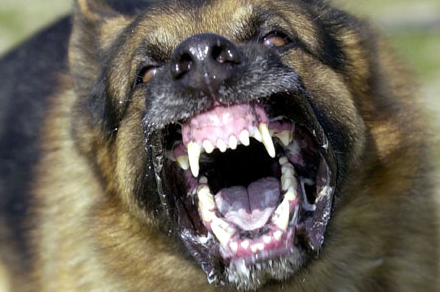 According to an article in the Tuesday, November 5, 2013 edition of the Los Angeles Times (follow this link for the article), Orange County supervisors are debating a proposal to create a website showing where every dangerous offender in the county is located. Not human — canine. The website would do for dogs what Megan’s Law does for sex offenders. County supervisors believe that citizens have the right to know where both are located.

How serious is the problem? In 2012, Orange County Animal Care investigated 264 dangerous dog reports, which led to 66 dogs being euthanized — fully 25 percent. There were also 2,281 reports of dog bites in the O.C. area. We can only assume that other counties in California have just as serious a problem as OC has reported.

The LA Times article revealed that Orange County in addition to the website, the county is considering an ordinance that would require any owner who maintains a dangerous or vicious dog to have $100,000 in liability insurance, to sterilize the dog, and to post signs on their home identifying that they are maintaining a violent dog.

Having been called in numerous times on pet issues over the years, I know that most owners at condominium and homeowners associations have little tolerance for dogs that are vicious. I have not yet seen an association amend their CC&Rs so as to prohibit dogs that are deemed vicious or dangerous, but I see that as a possibility.

Most HOAs have narrow definitions of what constitutes undesirable behavior in a dog, such as acting out, growling, or snapping. In most cases where an association has determined that a dog is vicious, they have dealt with the situation by requiring that the dog be on a leash when it was in the common area, that the leash be no longer than six feet, and that the person holding the leash be able to control the dog.

However, several times I have had to get involved in situations where the owner was unable to control the dog or to hold the leash, and the dog just took off ripping the leash out of the owner’s hand. Recently we represented an association that had previously held a hearing regarding an owner’s dog that had attacked another owners dog. The Board required that the dog always be on a leash in the common area and be kept, to the extent possible, away from other dogs. The owner left the dog in the care of a friend at the owner’s condominium. When that friend opened the door to let another friend into the unit, the dog ran out and attacked another dog in the hallway, killing it. This was, of course, an unusual situation. Rather than having their dogs euthanized, most owners will voluntarily remove the animal from the premises. And some dogs, especially those that are “aggressive”, should not be living in a condominium association where the hallways are often narrow and there is only one elevator.

How does the proposed Orange County law define violent dogs? There will be two categories. A “dangerous” dog has been cited twice for attacking in a three-year period or has severely injured a person. A “vicious” dog is a fighting dog, either through training or unprovoked attacks. Killing an animal without provocation will also label a dog “dangerous” or “vicious.”

The proposed O.C. law will surely be hotly debated. Animal regulation is fairly recent. Until 1929, when leash laws went into effect, dogs were allowed to roam freely in Los Angeles County. Animal rights activists have already voiced objections to the proposed OC website map, saying that it could lead to harassment.

The jury is still out on Nature vs. Nurture, but don’t forget that there’s a little bit of wolf in every dog. Although Rin Tin Tin became a Hollywood movie star, he was bred to be an attack dog. He was discovered not sipping a soda at Schwab’s drugstore like actress Lana Turner, but in a trench in World War I. Even Lassie, everybody’s favorite helpful collie, played a vicious traumatized war dog in the movie The Courage of Lassie in 1946.

The best protection your condo association or HOA can have when pets go rogue is governing documents that spell out in advance clearly what steps will be taken. And of course it takes a proactive board to implement the appropriate discipline which may require that the dog be removed from the community association.