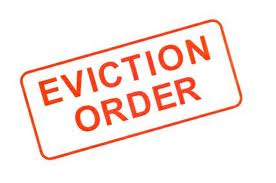 Under California law, a condo or homeowners association has the right to foreclose on an owner’s interest in their condominium or property if they fail to pay the assessments or fees that are levied on them. It never ceases to amaze me that homeowners are surprised when their association forecloses.

And it never ceases to amaze me when these stories end up in the news. Follow this link to an article out of Florida where a homeowner was surprised when he was evicted after not paying his association for two years.

The Florida owner’s former home was in a deed restricted community. He was quoted as saying: “I didn’t think they were that threatening. I basically blew them off. That was my mistake. I blew off the homeowners association.” He apparently saved his home from a mortgage foreclosure in 2009, but ignored the Association’s collection notices. A few days before Christmas, his former association evicted him from his home after prevailing in the foreclosure lawsuit it filed against him. He was quoted as saying “I had no clue in my mind that for $532, they would take my house from under me and make me move.”

In California, a homeowner should not be surprised by their eviction following a foreclosure. Over the years, the legislature has mandated so many notices to a homeowner that it would be highly unlikely that a California delinquent homeowner could be truly surprised unless they “blew off” their association like the Florida owner did.

In addition, if the association proceeds to foreclose non-judicially, a homeowner is given 90 extra days to “redeem” their property. If the homeowner has the money, there is no reason for them to lose their home and be evicted. And, if they cannot pay what they owe their association, they shouldn’t be too surprised when their association does foreclose and then evicts them.

Since the great recession started in about 2008, our Association Lien Services affiliate has unfortunately had to foreclose on hundreds of homes and units. I doubt that very many of these owners were surprised, as they were given ample notices as well as many opportunities to work out payment arrangements. Some owners have actually redeemed their property. Many made a strategic decision to allow their property to go to foreclosure because their home was worth so much less than they owed to the bank. Others knew that they could not afford the property because of increases in their payments from variable loans or because of job losses.

We have posted at least a dozen or more articles on assessment collection, foreclosure and bankruptcy on this blog, on our website at lawforhoas.com and at Association Lien Services’ website at alslien.com. On this blog, select Assessment Collection from the topic list on the left to see these articles.

Need more information on how to collect delinquent amounts owed to your association? Contact ALS at 310-207-2027.