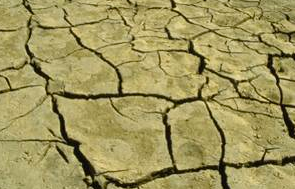 At the end of April 2014, California Governor Jerry Brown issued an executive order in an attempt to bolster the state’s ability to conserve, manage, and consume water in light of the major drought conditions currently affecting almost every area of California and its water resources. Although the executive order makes several directives to state agencies and civilians regarding water conservation and the implementation of water reduction programs, one of the directives specifically involves homeowners associations.

To summarize, the directive states that any provision of the governing documents, architectural or landscaping guidelines, or policies of an association will be void and unenforceable to the extent it has the effect of prohibiting compliance with the water saving measures contained in the directive, or any conservation measure adopted by an association’s local public agency or private water company. The directive also states that the reason for the directive is to prevent the reported practice of associations fining or threatening to fine homeowners who comply with water conservation measures adopted by a public agency or private water company.

Although this order directly applies to homeowners associations, we don’t believe it will have a major effect on a board’s ability to enforce its architectural or plant/landscape requirements. Even if an association’s local public water agency or water company has adopted measures requiring specific reductions in water use, this does not mean that a homeowner can abandon his or her duties to maintain any landscaping designated as the responsibility of the homeowner. Most governing documents require homeowners to keep their landscaping in a neat, clean and well-maintained condition, and some even specifically state that weeds and dead plants, etc. may not be permitted to exist. Such provisions are included to maintain the association’s appearance, which has a major effect on property values. These provisions also relate to fire prevention as dead grass and plants are fuel for fires. Adhering to water conservation measures does not allow homeowners the ability to ignore their landscaping and architectural responsibilities imposed by their association’s governing documents.

If a homeowner interprets this executive order to mean that he or she can let their landscaping die, the board still has the right to discipline the homeowner after a noticed hearing before the board. Before imposing discipline, the board should investigate and learn from the homeowner how his or her actions (or inactions) are in compliance with any local water measures. Unless the board believes that the homeowner has no reasonable alternative options to maintain his or her landscaping without being in violation of a locally adopted water conservation measure, we believe the board may enforce its landscaping and architectural guidelines or rules as it would normally.