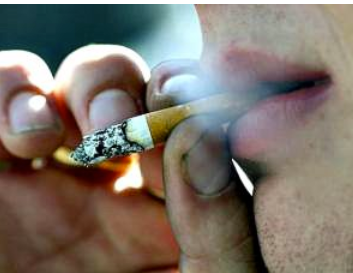 After a five-week trial (imagine being a board member and having to sit through 5 weeks of trial), the jury awarded a family more than $15,000, “finding the condo association and management failed to ensure the non-smoking family’s right to the ‘quiet enjoyment’ of their own unit.”

The Register’s report tells us that the Chauncey family filed their lawsuit in March 2011 against the Bella Palermo Homeowner Association in Trabuco Canyon and the association’s management company, as well as the smoking tenants of the condo next door.

“The Chaunceys alleged that the neighbors and their visitors smoked ‘incessantly’ on their patio next to the family’s condo and adjoining sidewalks in front of their home, with the ‘constant infiltration and presence of secondhand smoke’ entering their condo through windows and a sliding-glass door. The Chaunceys said the smoke aggravated their young son’s asthma.”

The lawsuit apparently alleged that they had made repeated complaints to the homeowners association, the management company, the tenants and the condo owner, but none of them did anything to stop the problem. The Register reports that the family decided to move out of their condo and rent a unit elsewhere.

The association’s governing documents (like every other condo association’s CC&Rs) state, in part: “Section 9.03 – Nuisance. No noxious or offensive trade or activity shall be permitted upon any part of the covered property, nor shall anything be done thereon which shall in any way interfere with the quiet enjoyment of each of the owners of his respective residence.”

The Chauncey family had asked for $120,000; the jury came back with an award of $15,500. Of that, $6,000 was for economic damages and $9,500 for emotional distress. Amazingly, the jury found the homeowners association to be 60% responsible for the emotional distress damages, while the management company, the unit owner and the tenants were held liable to lesser degrees.

I imagine that the Chauncey family will be seeking attorneys’ fees, which will will likely exceed $15,000 and may even be more than $100,000, considering the 5 week trial.

The attorney who represented the homeowners association and the management company was quoted as saying that the association did curtail smoking in some areas, including the swimming pool and tot lot, but he said the family never directly complained to the association about the neighbors’ smoking on its patio – a statement that the Chauncey family attorney disputed.

Amazingly, the attorney for the tenants was quoted as saying that the tenants did nothing wrong. “I think there’s a strong argument that a person who rents a condo has a right to smoke on their patio, within certain limits,” he said.

Perhaps had the condo association done more, such as hold hearings or offer the parties mediation, this lawsuit could have been resolved. Or perhaps the jury would not have held the association 60% responsible. California law would not necessarily require that the association itself take legal action to address the smoke issue. That said, we do not have all of the facts.

As we recently reported, a bill recently proposed would eliminate smoking in condominiums, duplexes and apartments. And if you want more information on how to deal with secondhand smoke issues, follow this link to my article entitled: The Smoker Next Door: Secondhand Smoke + Condominiums= Trouble

David Swedelson is a community association attorney and legal expert with the California law firm SwedelsonGottlieb. He can be contacted via email: dcs@sghoalaw.com