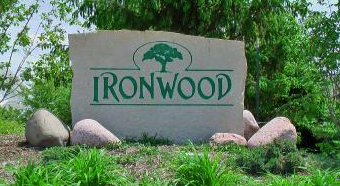 A manager at a planned development community association we represent contacted me regarding a dispute with an owner. The board was refusing to allow the owner to make a change to the common area solely because the owner had made a change without first submitting a plan and obtaining the required prior approval. I was informed that the board was refusing to provide approval as punishment for the owners’ actions. And the board was doing this despite the fact that the owner had come to them with two options that would have minimal impact on the common area and/or the aesthetics of the association, and the cost for the owner to bring the property back to its prior conditions would have been very expensive. The owner was not happy, and there were some rumblings of a lawsuit. I had to tell the manager and the board that their approach was not appropriate and that there was a possibility that the association could lose if a lawsuit were to be filed.

What I describe above is not an atypical board response to an owner’s failure to seek prior approval for a modification. It is not the correct response, and it can lead to lawsuits that associations may lose. We know this because the Court of Appeal has decided a similar case and told us that California community associations must consider the plans and approve or disapprove the proposed modification based on the usual and customary factors, such as impact on the common area, on the community, neighboring owners, etc. Boards need to show that their actions were regular, fair, and reasonable as a matter of law. Refusing to consider an owner’s plans for a modification because the owner had already made the modifications without approval is not a fair or reasonable response.

In the case of Ironwood Owners Association IX v. Solomon [(1986) 178 Cal.App.3d 766], the Court held that the association was not entitled to a mandatory injunction on summary judgment requiring the Solomons to remove palm trees they had planted in their yard without seeking the required prior approval. The denial was on the basis that the association did not establish that its actions were fair and reasonable as a matter of law.

An association that is seeking to enforce its governing documents must demonstrate that it has followed its own standards and procedures and that those procedures were fair and reasonable. The association must also show that the substantive decision was reasonable, not arbitrary or capricious, and made in good faith.

Follow this link to view our entire printed article.