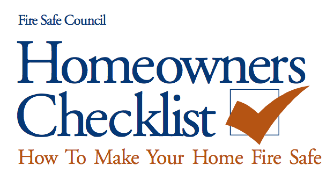 Over the years a number of our condo and homeowner association clients have suffered the loss of homes or units as a result of fires. Some of these fires resulted from smoking in bed, a couple of them resulted from propane tanks leaking or exploding, some from clogged dryer vents, bad appliances, and many from brush fires. In fact, I just recently completed a trial involving a dispute over the design of an owner’s proposed new home that the homeowner wanted to build after their original home was burned to the ground as result of a brush fire. That fire alone destroyed their home and significantly damaged eight others. Many of these fires could have been prevented.

Many community associations have been built in high fire areas. In fact, I live in an HOA that borders a state park and is considered a high fire area. Sometimes, fires cannot be prevented, but the damage can be limited.

I recently attended an industry function where Farmers Insurance was a sponsor. They handed out the Fire Safe Council’s Homeowners Checklist, “How To Make Your Home Fire Safe.” The brochure provides a room by room checklist and makes some very good suggestions such as keeping working fire extinguishers, recommending the proper disposal of ashes from fireplaces, cleaning fireplace chimneys and flues, installation and/or inspection of smoke alarms, making sure that certain appliances are disconnected when done, and other good advice. In fact, much of this advice is relevant to condominium owners as well as homeowners. Follow this link for this Checklist.

It may not be a bad idea for condominium and homeowner associations to distribute this or a similar checklist. Remember, most CC&Rs state that homeowners are only responsible for damage caused to the common area if it was caused by their negligence. One way an association can show negligence so that it can recover the deductible and other uncovered repair costs is by providing homeowners with information as to how to properly maintain their homes and make them fire safe. If an owner’s unit or home were to be damaged in a fire and a homeowner did not heed the recommendations that were provided by their association, this could help establish the homeowner’s negligence, if that were relevant.

As we often say, be careful out there. And as Ben Franklin is quoted as saying, “An ounce of prevention is worth a pound of cure.”

David Swedelson is an HOA legal expert. He can be contacted at dcs@sghoalaw.com