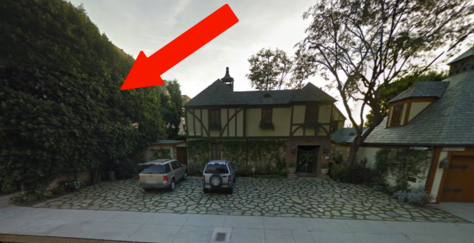 We deal with a lot of view obstruction disputes. We are able to resolve most of these disputes, as they are subject to CC&Rs which set out what view is protected. And the CC&Rs and the Civil Code provide that the prevailing party is entitled to collect their attorneys’ fees. That usually convinces most people that the fight is not worth the cost.

Sometimes, these view disputes cannot be resolved. For example, in July of 2013, I blogged about a case I had tried and won that dealt with a homeowner who was not part of the association she sued, claiming her cherished view of the association’s lake was obstructed by the trees in the association’s park; she claimed it was a spite fence. Follow this link to read that story.

So, I found an article about a lawsuit involving a 40 foot hedge to be interesting. The legal battle over the hedge is between two Santa Monica properties. Follow this link to read the Daily Journal article.

The article tells us that while they tried to settle the dispute, the “Santa Monica neighbors – well-known local plaintiffs’ attorney Browne Greene and former California state treasurer Phillip N. Angelides – are instead opting to go to court in September over the 40-foot hedge between their two homes.”

When they bought their beachfront condo in 2007, Angelides and his wife, Julanne, noticed a hedge on the Greenes’ property was encroaching on their living space. Now, they say, the plant is blocking their views of the beach, ocean or mountains “because there’s a massive green wall in the way.”

The article tells us that the Santa Monica Municipal Code requires that hedges not exceed 12 feet in height, but nonconforming hedges could be grandfathered in prior to November 2007 as long as they were registered with the city. The Greenes apparently registered their hedge in October 2007 at a height of 28 feet. So you would think that they would be required to lower their hedge to that height. Maybe, maybe not.

The Greenes claim that the hedge is still the same height as it was in 2007, but the Angelides claim that in the past five years, the hedge has grown at least 15 more feet. The Angelides tried reasoning with the Greenes, and after not being able to settle the dispute, they filed a complaint with the city.

Here is where it gets even more interesting. Leana Greene testified before a hearing officer “that her dyslexia caused her to make a mistake when registering the hedge. Instead of 40 feet, she registered the hedge at 28 feet.” Seriously?

After the administrative citation was upheld, the Greenes appealed. Now the dispute is headed for court.

David Swedelson is a condo lawyer and HOA attorney; he can be contacted via email: dcs@sghoalaw.com